The Crack in My World 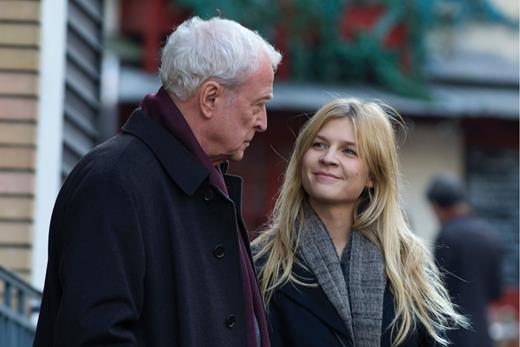 When an older man and a younger woman are drawn to each other in a movie, red flags pop up. We expect to go down the typical road of mutual, or perhaps, one-way exploitation in the relationship. That Last Love avoids this stereotype and shows us a true and tender friendship, instead, is its great strength. That its story line fails so miserably at the end of the movie is its frustrating weakness.

Matthew Morgan (Michael Caine) is a retired American professor now living in Paris. He is finding it hard, after the death of his wife, Joan, to see the meaning in a life without her. Pauline Laubie (Clemence Poesy) is a young dance instructor, unattached, and with her life ahead of her. Matthew and Pauline each notice the other momentarily on a bus, but their noticings do not meet; they see each other without being seen seeing. That all changes when the bus suddenly lurches and Matthew is flung off balance into another passenger who angrily yells at him. Pauline, in turn, quickly comes to Matthew’s defense. From this chance encounter, a friendship is quickly formed. He, she says, reminds her of her father who died several years earlier. She, he says, has hair like his wife’s and later adds, “You are the only part of my life I haven’t figured out yet.” There is nothing pandering or overtly sexual about their friendship. It seems genuine and rewarding for both of them.