Grand-Love Within the Spaces of Loss 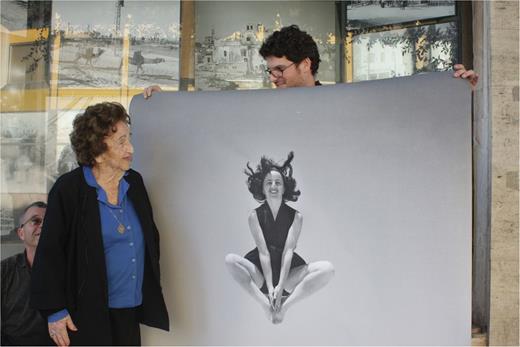 Angel’s Perch opens with a close-up shot of a young woman sleepily protesting having a cell phone camera recording her. The person with the camera responds “We’re going to want to remember these things someday.” Then, taking out a family heirloom ring, he proposes to the suddenly wide awake woman. This wonderfully played opening scene symbolically encapsulates what will unfold throughout the rest of this understated but emotionally satisfying film—the intersections of love, loss, and memory.

Immediately after this opening scene, the film jumps ahead 2 years. Jack (J.T. Arbogast), the person who made the proposal, is shown with his business partner securing a contract for an architectural job. Shortly after, he gets a call informing him that his grandmother has wandered out of her house and was lost for awhile before someone found her. His reaction is swift. He immediately makes the long drive from Pittsburgh to the small rural mountain town of Cass, West Virginia, where his grandmother lives. When he arrives, and before leaving the car, he retrieves a wedding ring from the glove compartment and puts it on his finger before entering his grandmother’s house.