Comfort With my Own Demise 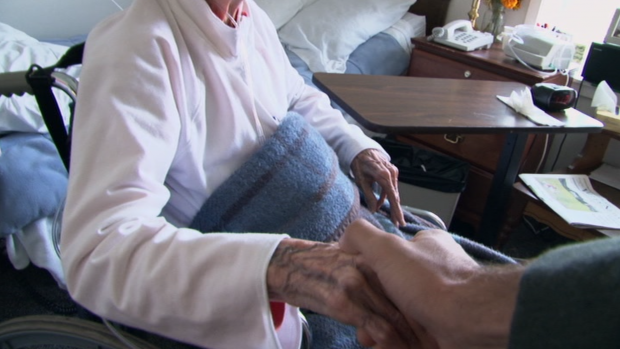 As young videographer Dakin Henderson (What Time Is Left) drives to a family meeting to discuss his Grandmother Deedee’s desire for a living will, he sings a lament: “And I’m young and stupid. Oh to be old and wise, to be comfortable with the process of my own demise.” The lyric accurately captures the common theme of these two films—the life-long, continuous attempts that people make to come to terms with the meanings of aging and of death. Both films were motivated by different yet personally relevant death experiences. Henderson’s film was launched by his own “off-time” near-death episode (his heart stopped during a team sporting event) and by the loss of his Grandma Polly to the inexorability of fronto-temporal dementia. Filmmaker Mark Wexler’s How to Live Forever is a response to his own “morose state of mind” about aging following the death of his mother at age 85, which—in his words—“got me thinking about the inevitable.” Wexler ventures outward on a selective international journey to discover if the ways that others approach aging and death may inform his thinking. Henderson, on the other hand, points his camera more intimately inward, toward the ripple effects that Grandma Polly’s dementia and her eventual death send through family members of all ages. Though the films share the same overarching goal, from an educator’s perspective they differ in notable and useful ways.

What Time Is Left focuses on the members of a three-generation family that is in the midst of serious transition. The shift is prompted by changes among its oldest individuals, who are now more seriously affected by the slings and arrows of late-life aging. Parents and grandparents are not the same as they used to be. They are growing more vulnerable, more disabled. Dementia has left Grandma Polly increasingly inaccessible to her family. Affected by this event, still-vital Grandma Deedee becomes more vocal about her persistent intentions to establish a living will. Deedee’s 95-year-old sister Ruth is displaying progressively slower thinking and greater physical frailty. These events generate an awareness among many younger family members—and some of the elders as well—that the comfortable constancy of their everyday lives is endangered by their own aging and, perhaps sooner than desired, by their own demise. The film documents their awareness that they may die, will die, and, eventually, do die