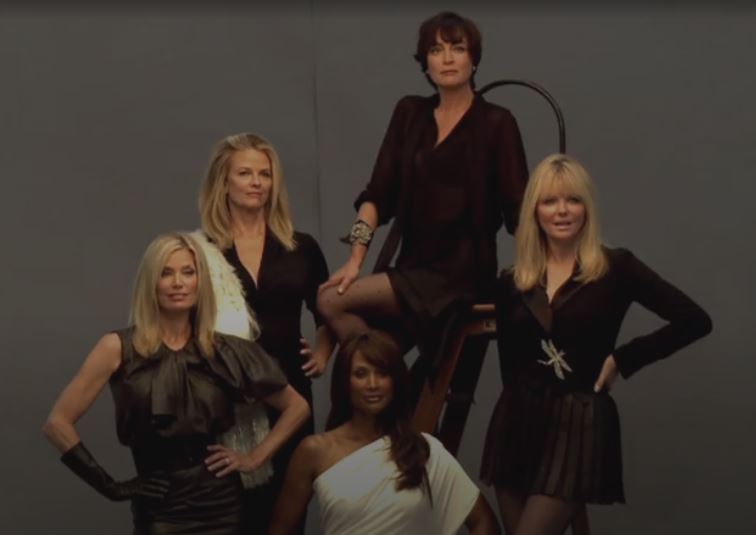 About Face: Then and Now is a revealing and realistic film about supermodels. With perfect beauty and smiling countenance, their faces capture would-be readers of the world’s most popular fashion magazines. They stride and slide confidently down fashion runways, expressing haute couture confidence befitting the expensive clothing they model. Almost all begin quite young, as teenagers most frequently, hired for their distinctive and extraordinary good looks. They are the iconic representation of youth and beauty and, until more recently, of whiteness. For some, their names are attached to their faces and become household words: Isabella Rossellini, Carmen Dell’Orefice, Christie Brinkley, Marissa Berenson, Christy Turlington, and Cheryl Tiegs. But over time, unlike their ageless images in photos and film, they mature, grow older and, eventually, become old. They are distanced—by aging and oftentimes by social insistence—from the social status and cultural rewards once assured by their iconic status.

How did this all happen? How are they dealing with it? These two questions are addressed, respectively, by the Then and Now of the film. Timothy Greenfield-Sanders asked almost a dozen middle-aged and elderly supermodels to retrospect in a forced “life review” about their years in the modeling industry, including their entrance into “the dream” career, the ups and downs associated with the lifestyle, and the inevitable impact of physical aging on their professional and personal identities. How they have coped with age-associated changes? Most of the film deals with their reflections on the Then portions of their lives. Black and white film and photographs are interspersed with mosaic style interviews across the women. Most of them seem to realize that the most exceptional aspects of their lives are linked directly to their exceptional careers. They discuss candidly the personal love–hate relationships they have with the fashion and modeling industry, a bearing made richer by the central fact of the Now—their advancing age.