A Movie About an Older Couple? How Boring! 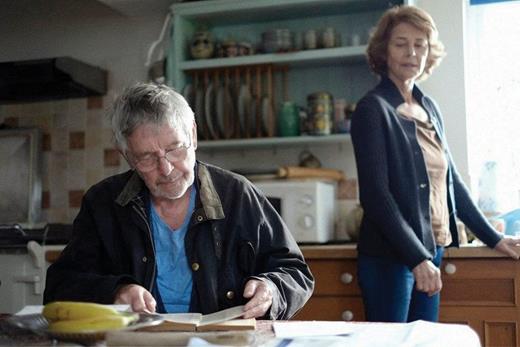 In the last issue of this journal, I reviewed a few films that portrayed new love relationships experienced in older age. Romance has always been a common theme in movies. Given the growing demographic of older adults, new and freshly romantic love experienced by elders is now increasingly a theme in mainstream movies. By contrast, films exploring the terrain of long-lasting coupledom are far rarer. There have been just a handful of films made over the past few years that explore the nature and character of the coupled relationship that millions of people experience in the last years of their life. Perhaps the simplest explanation for this rarity is that most people regard this experience as rather “tame” and therefore difficult to create an engaging story line around. As one person said to me when I was talking about the scarcity of such films: “A movie about older couples? How boring!” This assumption (and experience?) arises out of a youth and young adult–centric and romance-saturated culture and inhibits most film producers from even thinking about creating a film about long-lived relationships.

A story, by whatever medium it is told, does have to hold the attention of the audience. In order to do that, most stories introduce some element of discord that we, the audience, hope will be resolved. If one of the primary characteristics of a long-lived relationship is a tameness and stability generated by maturity and acceptance, there would appear to be nothing of any dramatic interest to show and tell. Where would the discord come from?


All Film Reviews,Attitudes about Aging