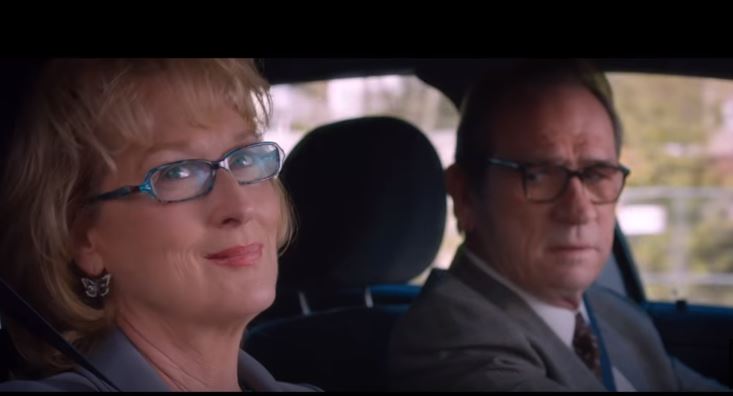 In the film, Hope Springs, Nebraska residents Arnold and Kay have been married for 31 years. Each morning, Arnold (Tommy Lee Jones) marches into the kitchen, places his suit coat and brief case on a chair, and is served the same breakfast by Kay (Meryl Streep) which he eats behind the newspaper. Each night he falls asleep in front of an “improving your golf” program on TV and is woken up by Kay, after which they say good night and retire to their separate bedrooms. As trite and stereotypical as these early scenes in the film are, they do quickly establish the context out of which the movie unfolds.

Arnold, it seems, is oblivious to the rut they are in. Not so, Kay. She, we quickly learn, is not happy with what their marriage has become and wants to renew the connection of intimacy she remembers they once had. As she and a coworker are changing the clothes on a manikin (symbolically?) in the retail clothing store where she works, she casually asks, “Do you think a marriage can change?” to which her jaded coworker responds “No. You are who you are and the marriage is what it is.” But Kay is not convinced. She goes searching in the local bookstore and on-line and, without consulting Arnold, books them for a week-long intensive couples counseling session across the county in Maine—in a pleasant sea-side town called Great Hope Springs. Arnold at first resists and then becomes overtly hostile to the idea, but finally agrees to go (at the very last minute) because deep down he fears losing Kay, who we sense, is just now finding the strength to assert herself in the relationship. The rest of the film plays out the often humorous, but sometimes painful week of self-disclosure facilitated by the therapist (Steve Carell) and augmented by the “intimacy exercises” he assigns Kay and Arnold to carry out each day.