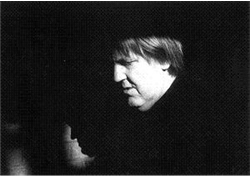 Mr. Nobody: A DVD Exploring Self Neglect

Mr. Nobody sensitively addresses these questions by focusing on the story of 65-year-old Jack Huggins.  Jack has lived alone in his family’s house ever since the death of his parents. A bachelor, he lavishes attention on his many cats. T he house is crammed with discarded appliances collected from curbside garbage.  Jacks troubles began when his neighbors complained to the Health Department about the condition of his house. Health officials came and carted away his ‘junk’.  For a time, Jack was certified incompetent and his financial affairs were monitored by a state-appointed trustee.  He deeply resented this interference, having always functioned independently.  “I never owed a person a cent and now I’m being treated like Mr. Nobody,” he protested.  Finally, a senior advocacy agency had him re-assessed by a psychiatrist.